The introduction of quarantine-free travel to Thailand for fully vaccinated travellers from 63 countries from the start of November has so far seen a slow start. That is expected to change in the near future however.

Once the quarantine-free “Test & GO” scheme was launched there were high-hopes that travellers would increase in numbers especially with the main entry hub of Bangkok now being accessible, which had not been possible previously in the Sandbox programme.

The introduction of the simplified Thailand Pass to replace the Certificate of Entry (CoE) for air travellers was also seen as being a major boost to the travel industry, although there have been some initial teething problems.

The Nation Thailand is reporting that the Thai Immigration Bureau’s deputy chief Pol Maj-General Archayon Kraithong has predicted that numbers will increase as we head towards the Christmas season. 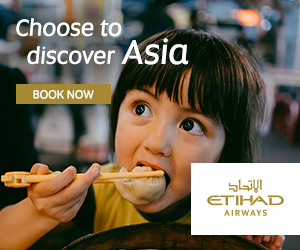 In the UK, the London Evening Standard has reported that booking websites and travel agents have reported surging demand for early 2022. this coincided with the quarantine-free travel scheme being launched and Thailand being removed from the “red list” of countries which required travellers returning to the UK to quarantine in a hotel for 10 days.

Research conducted by Flyingdog Travel in the UK has identified that prices are rapidly increasing for both flights and accommodation for Thailand, especially in the peak January to March period of 2022.

The launch also coincided with the US dropping Thailand from its Level 4 (Do Not Travel) list of countries to Level 3 (Reconsider Travel). The US has so far been the highest source for foreign visitors in November.

In Southeast Asia holiday bookings have been boosted by the Traveloka “EIPC Sale 2021” offering holiday bargains in Thailand until 11th November.

Concerns that an influx of tourists would lead to further Covid outbreaks in the country have so far failed to materialise. In the first 6 days of the “Test & GO” scheme, just 15 arrivals tested positive for Covid-19 out of more than 20,000 visitors. All of these were picked up in the initial testing on arrival and were sent for immediate quarantine.

The high season in Thailand traditionally starts in December and runs through to March, although significant numbers arrive until the start of the monsoon season later in the year. The country was desperate not to miss out on another hish season as almost 20% of pre-pandemic GDP was attributable to travel and tourism.

One thought on “Thailand Expects Influx Of Tourists”